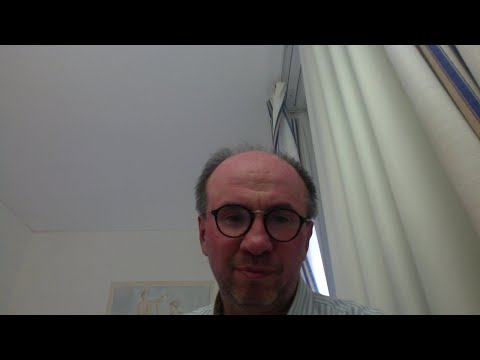 At what price will Bitcoin fail to function? My estimate: ~$100.

I'll begin with my conclusions:
If the Bitcoin network consisted solely of 'Titanium ASIC' miners, the most powerful and energy efficient mining machine I know of, then the price point at which electricity costs begins to exceed rewards is $71/BTC (based on yesterday's network figures; more on that later). More realistically though, most miners aren't running highly efficient Titanium ASICs, hence I estimate ~$100/BTC as the turning point.
I say 'fail to function' in my title, because who will continue to mine at a pure loss? It would be irrational - the rational action would be turn off the machine until the value of the rewards increases. Note: This is not the same as sunk costs in buying hardware - because in that case even if you never get back how much you paid, you're still making something.
Perhaps, you might counter, Bitcoin enthusiasts will continue to mine at a loss. Well consider this: To sustain just 1% of the current network hash rate, you would require 559 Titanium ASICs costing over one million dollars in yearly electricity cost (at $0.10/kWh) - and that's a best case scenario.
Let's assume that's the case - you have Bitcoin Enthusiasts contributing the equivalent of 559 Titanium ASICs hashing power for free out of their pocket. That's a 99% drop in hash rate. The time to a difficulty retarget is 2016 blocks, or at 10minutes/block that's 2 weeks. But if the hash rate were to drop by 99% within that two week period, then the block time would balloon out to 16.66 hours - making the block retarget ETA up to 3.8 years!
If transactions took 16.66 hours just to get a single confirmation (if they had first priority), then how would use of Bitcoin remain practically feasible? Would people still have confidence in the system and the developers for allowing this to happen? How difficult or costly would it be to launch a 51% attack?
Now, on to the calculations, and a few less optimistic alternate scenarios:
Network hash rate at time of calculation: 335,365,290.09 GH/s
335,365,290.09 GH/s / 6000GH/s = 55894.215 'Titanium ASIC' miners
55894.215 x $5.28 daily electricity cost (At $0.10/kWh) = $295121.4552/day in electricity costs
= $1776.87709485/block (avg. time of 8.67 minutes)
$1776.87709485 / 25BTC block reward = $71.04/BTC = break even point.
The above does not account for pool fees or transaction fee revenue or more importantly variance in kWh rates ($0.10/kWh is nonetheless pretty low worldwide), and hardware cost is irrelevant to this calculation.
Without doing all the math again, here's some other popular mining machines for comparison:
$113.07 (SP35 Yukon)
$193.84 (CoinTerra TerraMiner IV)
$385.89 (Antminer S1)
I've also just seen the 'Antminer S4' mentioned in /Bitcoin, so just for comparison a Titanium ASIC is almost twice as energy efficient as an Antiminer S4 (2200W vs. 4200W for 6TH/s) - it's less efficient than the SP35 Yukon.
If I've made any miscalculations here or have left anything important out, feel free to correct me.

In Bitcoin mining you need reliability over a low price point. These low-cost miners will become high-cost as you are replacing them every few months or wasting your time on endless repairs. I boxed up my two Cointerra Terraminers today and shipped them to someone who wanted them for parts for their own problematic Cointerra Terraminers. With blazing performance approaching two terahashes per second, the TerraMiner IV is the first self-contained Bitcoin mining solution to smash the one terahash per second barrier and with its ... CoinTerra cuts price of TerraMiner IV bitcoin mining rig CoinTerra has just announced its official launch and, with this, is cutting the price of its TerraMiner IV product from $15,750 to $13,999. AUSTIN, Texas – January 31, 2014-- CoinTerra™, the high performance and value leader in ASIC Bitcoin mining hardware announced today that they have started delivering their eagerly-anticipated TerraMiner™ IV professional Bitcoin miner – the first to market which breaks the one terahash barrier.. With the first production TerraMiner IV in a retail customer’s hands, CoinTerra has set a ... Bitcoin Miner Terraminer IV Cointerra Machine. Shop . Bitcoin Miner Terraminer IV Cointerra Machine. April 21, 2019 MrCrypto. Bitcoin Miner Terraminer IV Cointerra Machine Price : 79.99 Ends on : Ended View on eBay . Post navigation. Start-up Sirin Labs, Lays off 25% of its Staff.